Your car is made up of many bits and pieces, all with an important job to do. The alternator belt is one of the more common components that people have likely heard of, even if they’re not sure entirely what its role is within an automobile.

What does an alternator belt do? An alternator is tasked with charging the battery of the car while it drives, and to do this requires a few working parts, including the belt.

This belt is sometimes referred to as the serpentine belt because of its snake-like shape, and no matter what you call it, it’s integral in keeping the car’s electrical components powered up.

Without an alternator, the car’s battery would fail to work, and if you know a little bit about cars, you realise how important the belt is in the entire process.

This guide will teach you the basics of the alternator belt and how to ensure it stays put for longer, keeping your car powered up when you need it most.

What Does an Alternator Belt Do? 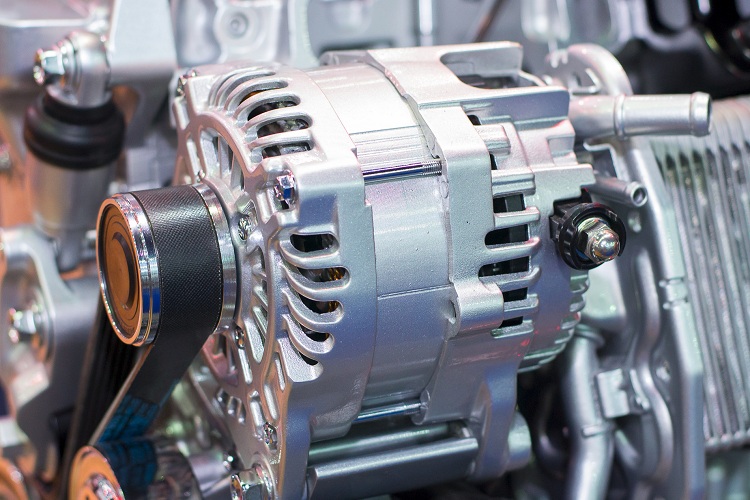 A car’s alternator is an important part, and to understand the role that the belt plays, you need to learn how it functions first.

The alternator is the part responsible for keeping the car battery charged up, which in turn powers the rest of the electrical parts within the vehicle.

Without an alternator, you’d only have the battery, and while it might be able to supply a bit of power to the car, eventually it would die out, so you need a charger there to keep it going.

As the car drives, the alternator gets to work, and it spins inside of the vehicle while it does.

To allow it to spin, you have the alternator belt, commonly referred to as a serpentine belt or drive belt.

This long, rubber belt wraps around one or multiple pullies that are connected to the alternator, and the other end around the crankshaft.

The pulley moves both of them at the same time which spins the alternator so that it can keep the charge sustained in the battery.

In older models of cars, there used to be a single belt for every system under the hood.

Today, it’s more common for them to share the belt, which is why it has many names including serpentine and drive belt.  Although it might seem like a basic part, when the alternator belt of a car fails, so does the rest of it.

How to Perform Regular Maintenance and Check-Ups 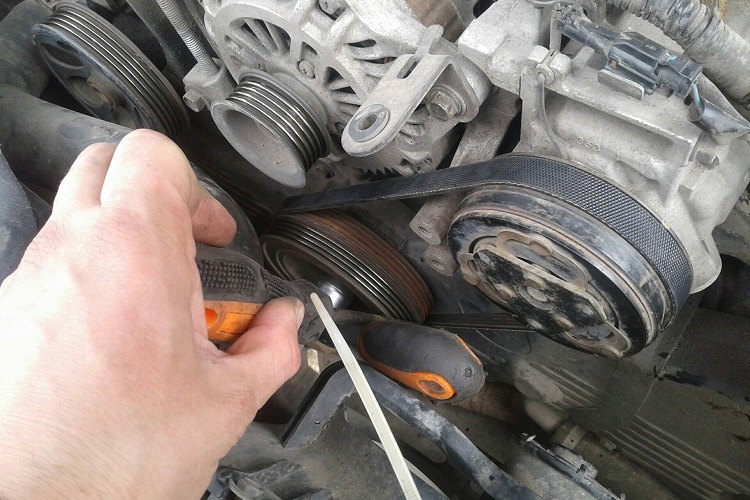 As with any other part of a car, the alternator belt will require a regular schedule for maintenance.

This drive belt is an integral part of the inner workings of the car but because it’s made of rubber and works hard every time you drive, you need to keep an eye on its condition.

To properly maintain the belt, all that’s needed is to check it regularly for signs of damage or wear and to adjust the tension if needed.

This is a fairly easy task to do for someone with basic mechanical skills and it requires you to twist the belt and inspect its length with a light so you can look for signs of trouble.

Common issues you’ll be looking for are:

To tighten a loose belt in a vehicle that doesn’t do it automatically, you’ll need a tension gauge to measure the longest belt span.

If it doesn’t match the number that the car’s manual recommends, use a spanner to loosen the adjustment fastener and then apply tension to the belt to tighten it. Do a double check before refitting it and test the tension once again before you drive.

Signs of A Malfunctioning Alternator Belt 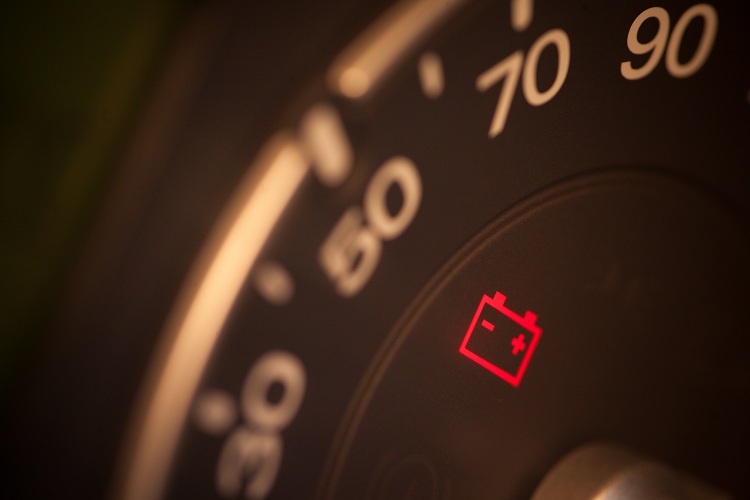 The smartest thing you can do as a car owner is listening to your car, as they often give off signs that something is wrong long before they break down.

In the case of the alternator belt, if you notice any of these, pop open the hood and check out the belt right away.

Getting a New Belt 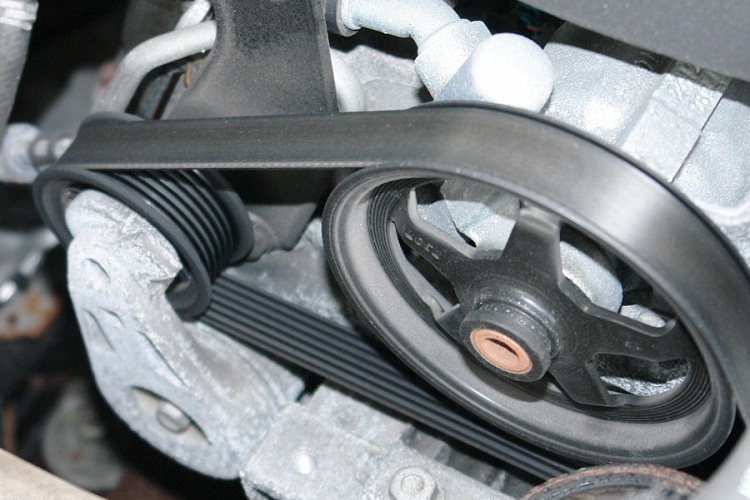 An alternator belt is one of the toughest parts in your car, and with the right level of care and regular maintenance, it can last up to150,000kms.

However, when it is due for replacement or you’ve found damage to it, the two options are to do it yourself or take the car to a mechanic to change.

If you’d rather have a mechanic do the job, you can expect to pay around will be around £100–£200 for labour and parts.

It’s a relatively simple job and the rubber belt itself isn’t expensive to purchase, so you don’t need to spend a lot to have a professional take care of it.

However, if you prefer the DIY approach and have some basic tools and mechanical knowledge, it’s possible to do it yourself for even cheaper.

A belt on its own will cost around £20 for a basic type, and less than an hour to perform the job, so if you’re capable you can save some money. 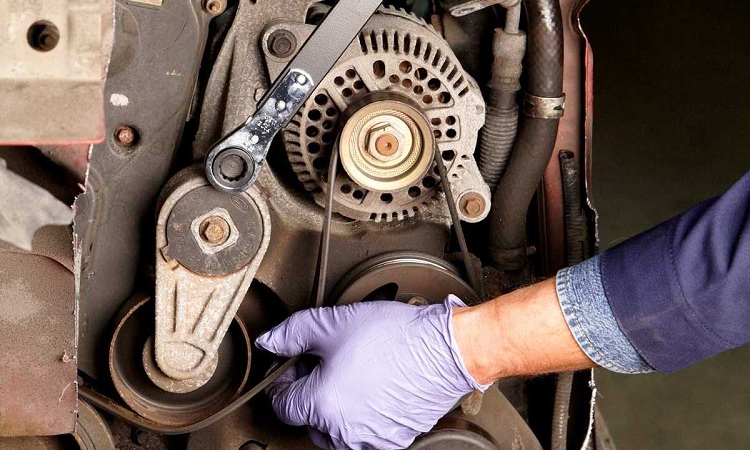 Follow these steps if you want to take the DIY approach and replace the alternator belt for yourself. You’ll only need a new belt of the right type and size, as well as a few basic mechanical tools.

The Dangers of Driving With a Faulty Belt 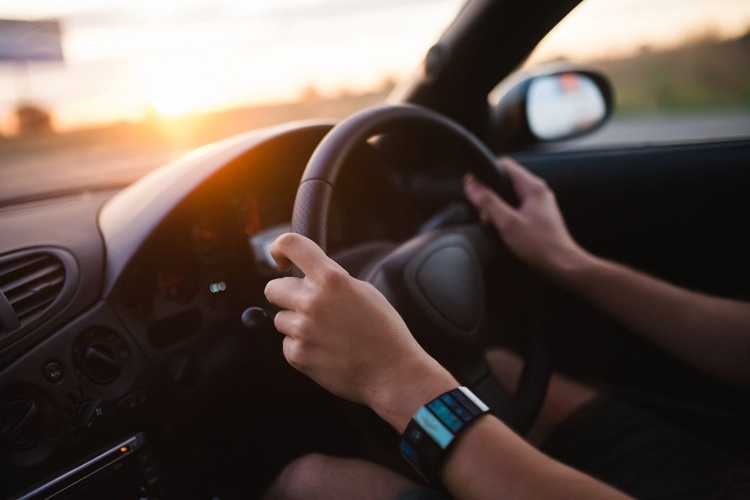 Although an alternator belt might not seem like a big deal in the grand scheme of your vehicle, it is.

This seemingly simple part is responsible for delivering power to your car, keeping the battery charged, and ensuring the parts inside of the engine run together smoothly.

If you ignore a faulty belt, fail to have it maintained, or even have a faulty belt tensioner at work, the repairs that it leads to will be costly.

Rather than spending a couple of hundred pounds getting it replaced, you may have to spend thousands on the alternator and other components, as well as towing and roadside assistance costs.

Not only is it expensive but it’s also unsafe, and if a failed alternator belt will usually lead to total engine failure which can be risky for you and other motorists.

Likewise, all of the electrical components of your car will fail, including power steering and headlights, which can be another major safety issue to deal with.

A vehicle won’t run without a working serpentine belt and the costs to get it moving again will likely be more than you bargained for.

Although it’s such a simple component of the engine, it does a lot of the hard work, and you should never take the chance of driving with a faulty one.

The Belt That Does It All

The alternator belt is a crucial part of your car, and with one minor failure, it can cause the whole vehicle to shut down.

With a little bit of maintenance and knowing the common signs of trouble, you’ll ensure you never have to deal with an alternator belt breaking unexpectedly, and will be ready to change it easily when the time comes.

What Are the Belts in A Car? 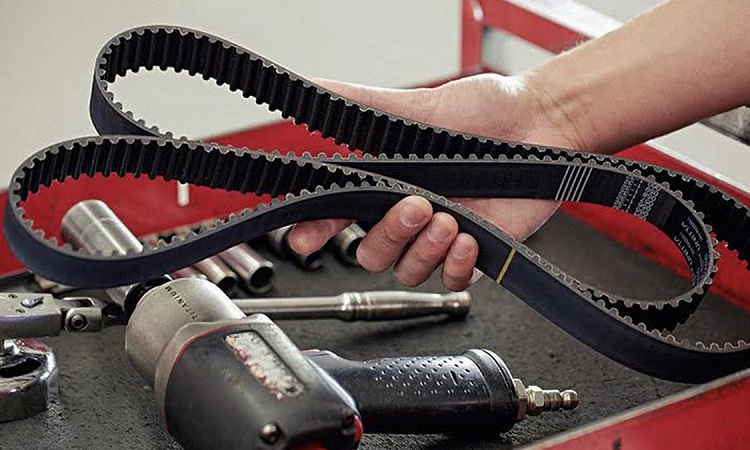 The two most important belts in a car are the timing belt and the serpentine, also known as the alternator belt.

The timing belt is responsible for keeping the parts of the engine in sync, and the alternator belt keeps the car’s battery charged up by rotating the alternator as it drives.