When you think of an electric car, you’re not exactly picturing a high-performance vehicle zooming down the freeway, but the days of slow and steady EVs are gone.

Today’s electric car is capable of so much more and some go faster than others in a truly impressive feat of speed.

These are all capable of fast acceleration and hitting higher speeds quicker than their electric peers, and many are on the market and ready to drive today.

Electric cars are now more electrifying than ever and it seems they’ll soon keep up with others in terms of speed and performance if you have the cash to jump on board.

If you want to know what the world’s fastest electric car is and those that came close, read on to see which ones have topped the list.

This is the definitive list of the fastest electric cars on the road today, and some that are due for release shortly, in no particular order.

Once you see what these EVs are capable of, you’ll no longer look at energy-efficient automobiles as slow and steady. 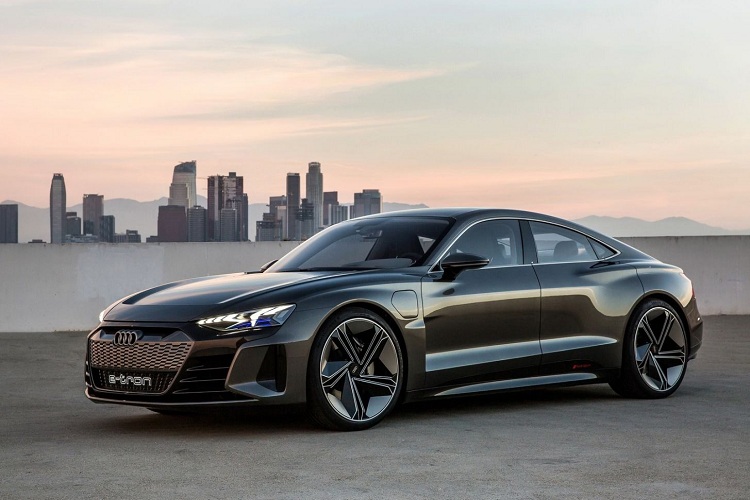 The Audi e-Tron GT is capable of going from zero to 100km per hour in under five seconds and claims the feat in 3.3 seconds with a top speed of 250km/hr.

If you want something a little cheaper, the standard e-Tron can do it in 4.1 seconds which is still impressive and it has a longer WLTP range.

This car is made with the same J1 electric platform as the Porsche but the rest is completely different and has the signature Audi style.

The overall performance has been reviewed as comfortable and although it’s not as dynamic as some of the others on our list, it’s still pretty remarkable. Its WLTP range is around 455kms and it costs around £111,900 for a ride. 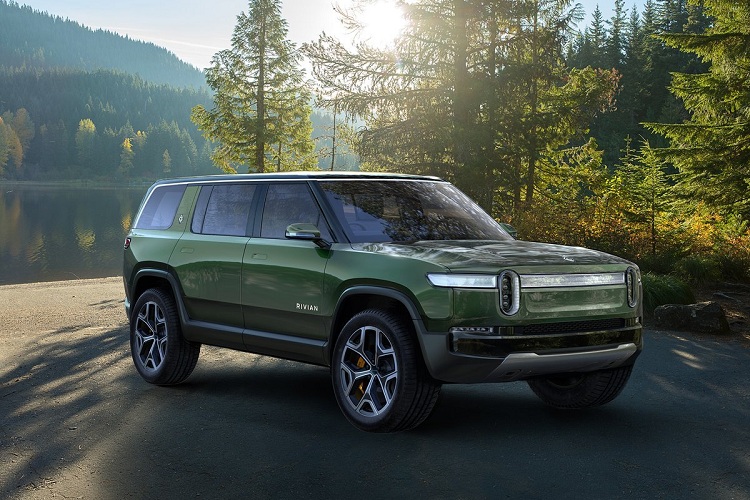 If you’re after an affordable electric car and still want it to go fast, you’ll want to check out the Rivian for around £53,000.

This impressive machine boasts 753 horsepower and reaches top speeds of around 200kms/hr so it’s a little less capable than others in this regard, but still fast nonetheless.

The Rivian uses the same platform for its pick -p truck which also boasts good speeds, but for the R1T, you can expect to go from zero to 100kms in just 3.0 seconds.

Although cheap when compared to electric cars of this ability, it’s easily the fastest one in the price range, and well within the budget of the everyday driver looking to upgrade to an EV. 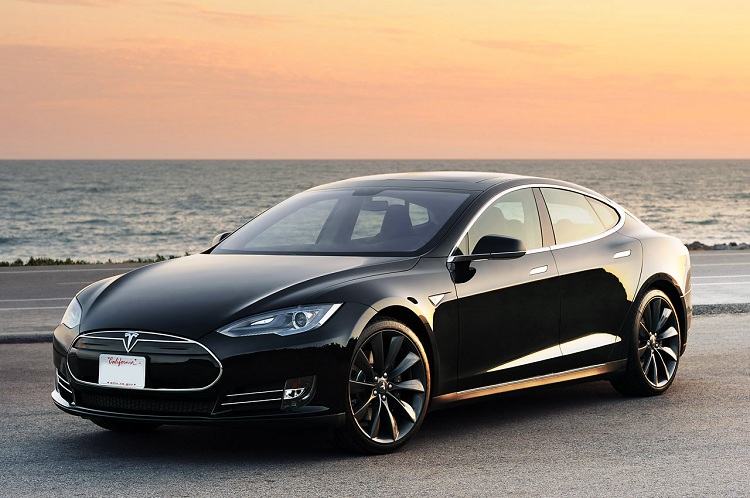 One of the first of many Tesla entries on our list, unsurprisingly, is the Model S. The Model S has a massively ridiculous top speed of around 300km/hr and it can get to 100km in less than two seconds. When it comes to fast EVs, there’s nothing quite like it.

The Tesla Model S is a costly beast though and you can expect to pay around £139,980 to get your hands on the basic model.

This is considered the crème of the crop in the fast EV bracket and it has 1100 bhp, or brake horsepower, which refers to the strength of its amazing engine. 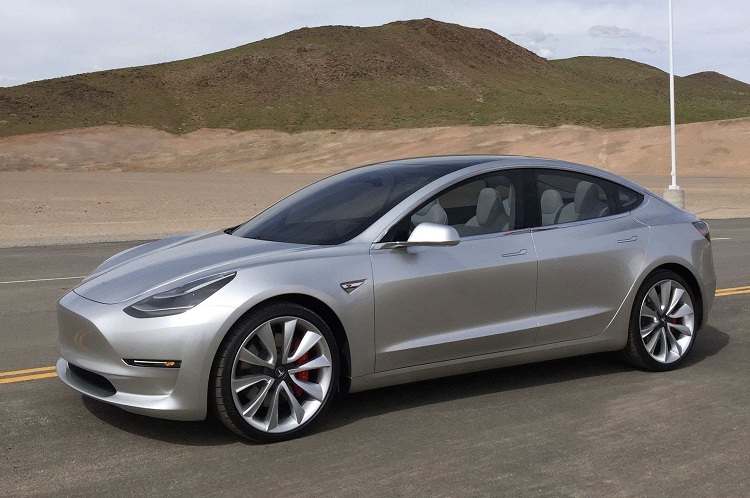 Another contender from Tesla for our fastest EV list, but one you might not expect to see, is the Model 3 from the smart car manufacturer.

This is considered a family car in all respects but it’s still one of the fastest and can reach speeds of 100km/hr in just 3.2 seconds, and it does it without breaking a sweat.

What makes this such a popular choice for EV owners of all backgrounds and driving styles is its accessible price point, user-friendly features, and ability to top others in terms of speed and performance. 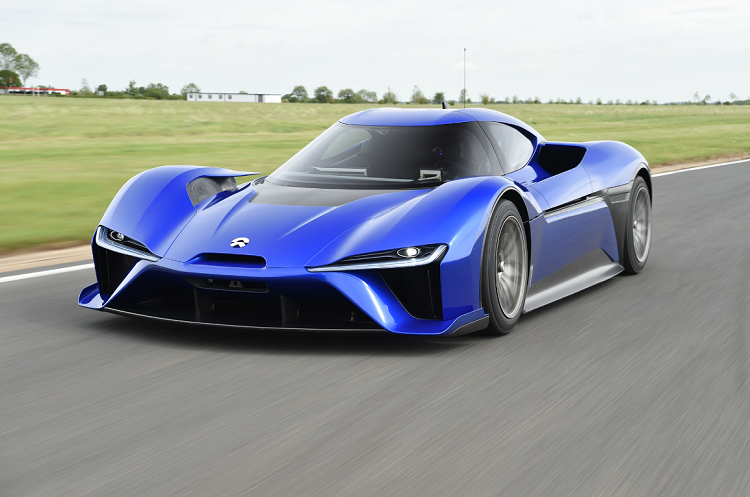 If you want your EV to feel more like a race car, you’ll be seriously impressed by the Nio EP9.

This car can do it all and it offers speeds that are hard to match from other electric cars, with an intimidating top speed of 315 kilometres an hour.

The Nio EP9 isn’t cheap though, and you’ll have to pay an insane amount of cash to get one, to the tune of 2.5 million pounds.

The car features four electric motors to deliver 1341 horsepower and it can get up to around 200kms/hr in just 7.1 seconds if you’re ever lucky enough to test this speed out. 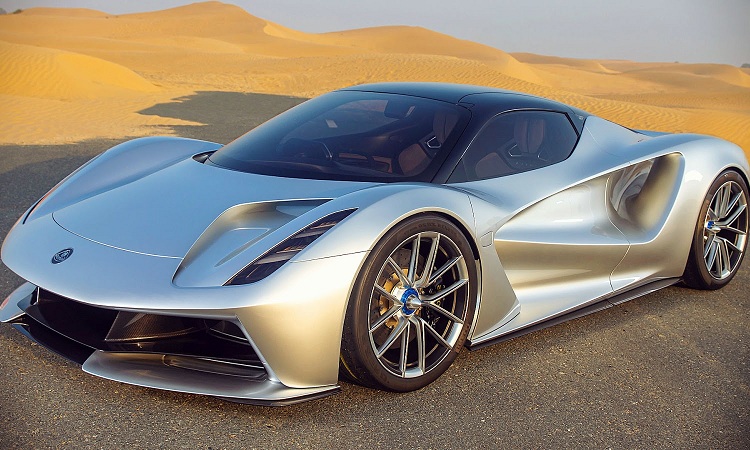 For lovers of road cars with speed, you’ll be happy to spend the £1.5million it costs to get your hands on the Lotus Evija when it comes out.

This high-powered road car will start production at the end of 2021, and it brings with it 1970 horsepower delivered with a simple 70kWh battery pack.

The Lotus claims to reach 100kms/hr in under three seconds, but without the car on the road, it’s hard to get a true figure.

It doesn’t have the greatest range but is super light at 1680kg, which will be helpful when you’re trying to reach its top speeds of over 320 kilometres per hour. 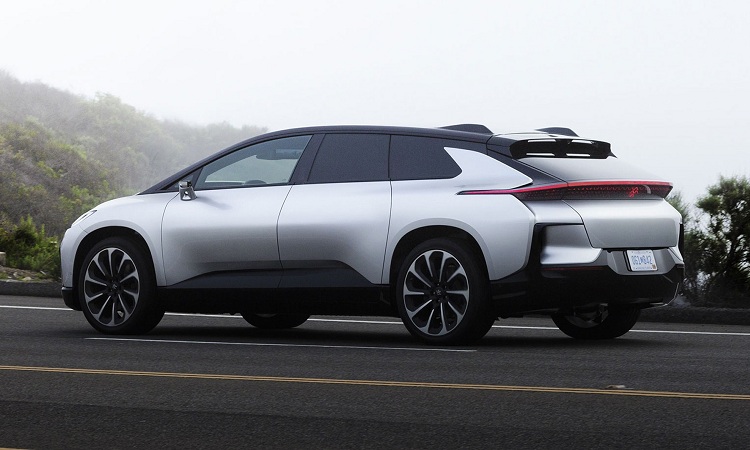 The Faraday Future FF91 comes to you from a start-up company that plans to match the expertise and presence of other tech giants,  and it’s straight out of China.

The FF91 has three motors powering it up and a massive 1035 braking horsepower for you to play with.

To get to 100kms/hr takes just 2.2 seconds, making it one of the fastest we’ve found and especially at this price point.

Although the car isn’t yet available in Europe or the UK, we’re hopeful it’ll come one day soon, and you can expect to pay roughly £90,000 when they do commence production. 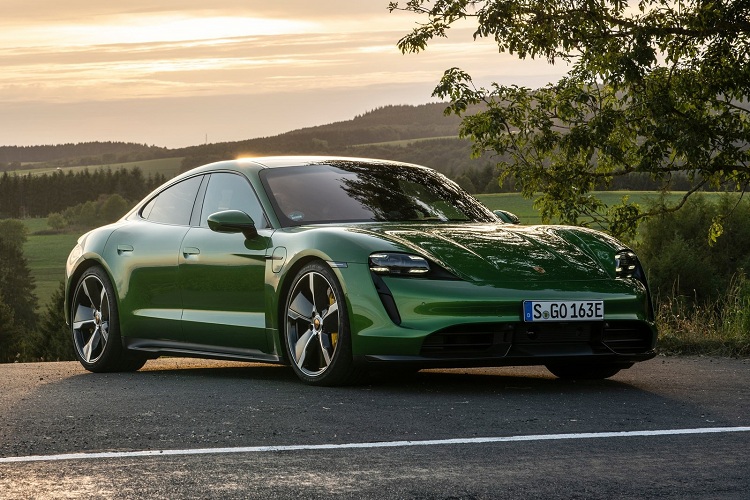 Not only is the Porsche Taycan one of the fastest electric cars on the market today but it’s also a car with a platform that’s been used by many of the other contenders on this list.

The Taycan Turbo Sis seriously impressive in its speeds and will reach 100kms/hr in just 2.6 seconds in the right conditions.

This car not only drives fast but it looks amazing and comes with the undeniable class and beauty that European cars offer.

The handling is just as impressive as the speed but the top speeds are lacking somewhere when compared to the rest, so you can expect to max out at around 260 kilometres per hour. 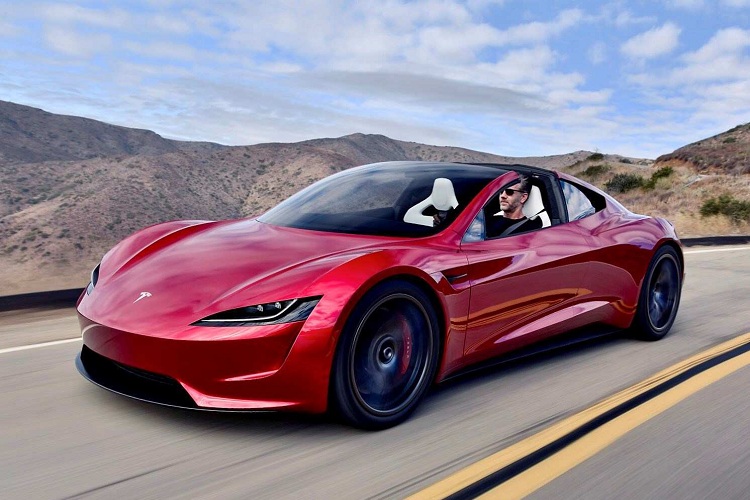 Our third entry from Tesla is their popular Roadster, delivering a mixture of a high-performance supercar and the eco-friendliness of an EV.

The plans for the Roadster are to be on the road in 2022 but some people are sceptical, as the car has been plagued by rumours of delays and issues.

Once on the road, the Tesla Roadster boasts a speed of just 1.9 seconds to reach 100kms, and if true, this makes it one of the fastest ever made.

Other figures that have been vaguely revealed include the 1000bhp and three electric motors, all of which runs on a 200kWh battery. If Tesla can deliver on its promises, the Roadster will go down in history as one of the greatest.

The final EV from Tesla to make our list is the Model X, with its bold statement as the only SUV fast enough to make the cut.

The Tesla Model X is a seven-seater vehicle that weighs 2.5 tonnes and is fast enough to blow most other supercars out of the water.

Although it’s a fast ride and an SUV, it’s not that expensive, with a price tag of around £97,890 making it accessible to more drivers.

The car features 778bhp which is slightly less than others but it makes up for it with a small 100kWh battery and the ability to go from zero to 100km/hr in just 2.6 seconds. 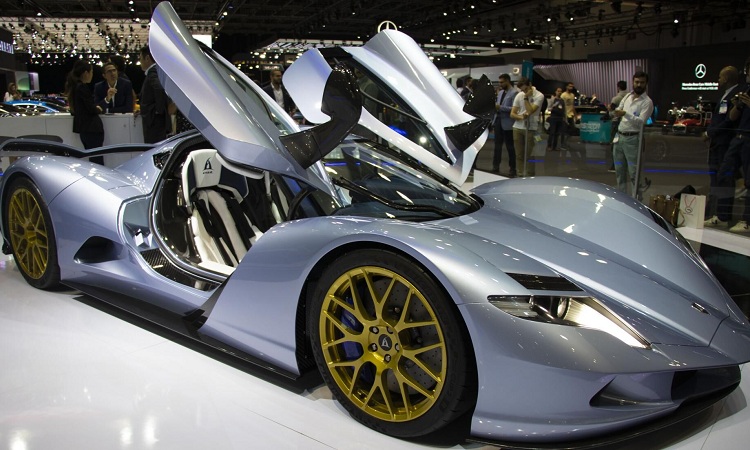 With the huge claim that it can go from 0-100km/hr in 1.69 seconds, this might just be the fastest electric car out there today

However, the car has yet to be released so the hype may not be as realistic as we hope. Just 50 vehicles are planned for release from Japanese company Aspark, and with a price tag of £2.5 million, they’ll probably only sell that many, too.

Within this EV are four electric motors and a seriously tiny 64kWh that gives it its legendary power and efficiency.

The car has a top speed of 400km/hr so it’s got the highest maximum speed of all that we’ve reviewed, and if it’s able to go as quick as they say, will be the undefeated champion in fast EVs. 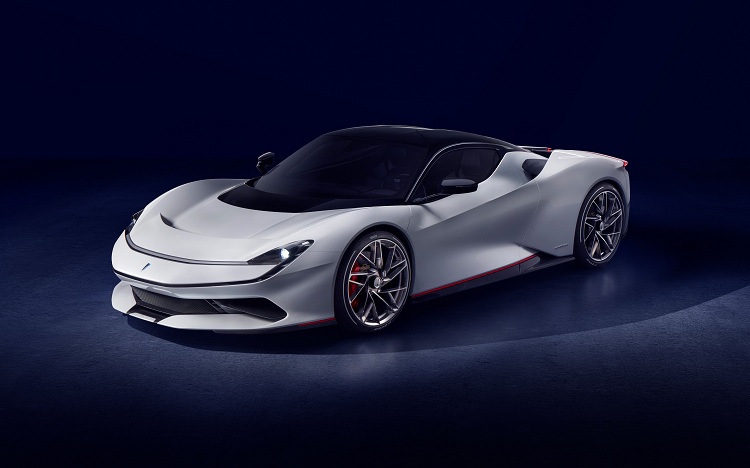 When you like to mix your classic supercar look with the modern technologies of an EV, spending £2m on the AutomobiliPininfarina Battista will be the way to go.

This ludicrously expensive car is also very fast, and it has a top speed of 350km/hr, capable of reaching 100km/hr in less than two seconds.

These cars aren’t yet on the road and there’s a planned production quantity of just 150 so far, but you’ll need the cash to jump on board.

The vehicle comes with four motors and 1877 horsepower and shares the battery pack design with the famous Rimac C Two, so you know it’s got the goods. 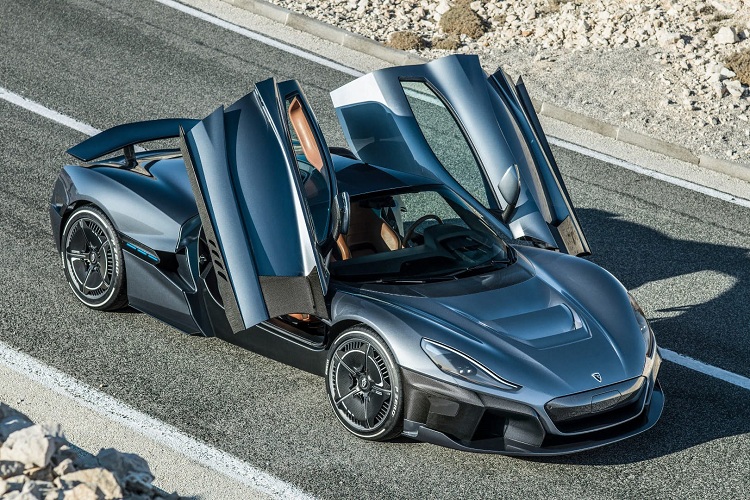 The Rimac C Two is another impressive and expensive entry, with plans to sell it for around £2m once released.

The Croatian EV manufacturer follows up their first success with this vehicle, and it showcases all of their most impressive technologies that are often used by other makers including Aston Martin and Porsche

This EV is super-fast and can allegedly reach a whopping 415km/hr, hitting the 100km/hr mark in just 1.85 seconds.

There are loads of gag-worthy features to be found in the Rimac proving that it’s so much more than just a fast electric car.

Owning an electric car is a great way to reduce your fuel emissions and do your part for the planet but they might not be the right fit for everyone.

There’s a lot to learn about these unique vehicles before you jump into owning one, so read on to see some commonly asked questions that newcomers have about EVs to get started. 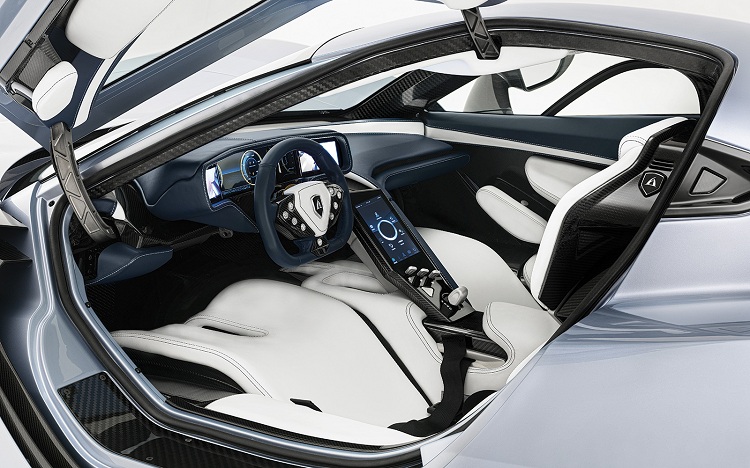 An electric car can sometimes accelerate faster than a gas-powered car, depending on the individual vehicle and its specs.

However, they might not all be able to reach speeds as high as a standard vehicle. Their quick acceleration speed is because these cars feature no traditional transmission so all of its power goes directly to the wheels.

Is A Tesla Faster Than A Lamborghini?

When comparing the 2018 models, a Lamborghini is faster than a Tesla and was capable of hitting speeds of 60mph at 0.9 seconds faster than the electric vehicle.

Although Teslas are considered one of the fastest electric cars on the market, the Lamborghini does have some advantages, including its lighter weight that allows it to move faster.