The Importance of Timing Belt Maintenance

They say that timing is everything, and when it comes to your car, it’s certainly true.

The timing belt is the one part of your car’s engine that keeps everything in sync and makes sure all of the engine’s parts are moving when they should, and it’s not something you want to fail.

How do you maintain a timing belt? Timing belt maintenance is relatively simple and it should be checked and replaced as needed during routine service or as recommended by the auto manufacturer.

These belts are built to last and should run for at least 120,000kms before they have to be replaced, but other factors may lead to them to wear down or break sooner.

If your car is running close to hitting these kilometres or you just want to know how to keep an eye on your timing belt, this guide is for you. you’ll learn how the signs of a bad one, its role within the car, and what it takes to replace or repair it, giving you a crash course in timing belts that could save you a lot of time and money in the future.

What Is A Timing Belt? 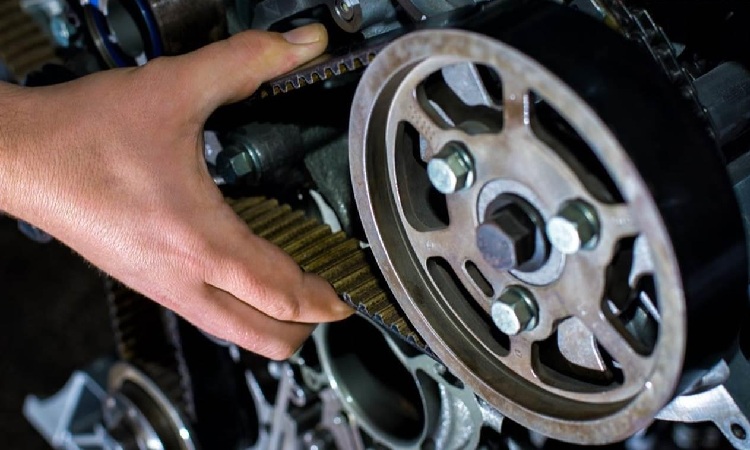 There are many moving parts in a car engine that allow the vehicle to drive, but doing this on their own and at the right intervals would be near impossible.

The timing belt is the solution to this, and it keeps all of the parts moving in sync and ensures that their timing is correct, allowing the engine to run.

This rubber belt features hard teeth that it uses to lock into the crankshaft’s cogwheels and also the camshafts, and its alternate name is sometimes the ‘cam belt’ for this very reason.

When the timing belt moves, it allows these parts to move also, which in turn opens and closes the engine intake and exhaust valves.

These valves are critical to a car running and if they don’t run perfectly in unison, the car simply won’t go.

Incorrect timing can also lead to too much of the air-fuel mixture getting into the combustion chamber which then causes other issues like no pressure and power loss within the engine.

Once all of these parts are running and moving without synchronisation, the chance of damage is greater, and the car will fail to work. 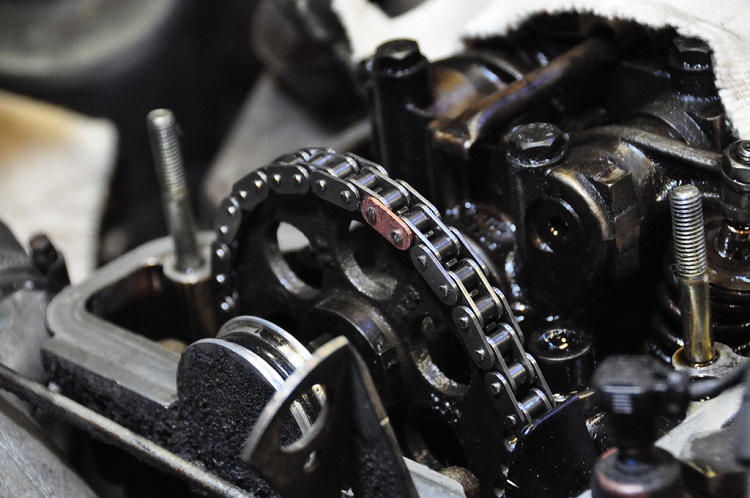 Timing belts and timing chains are commonly mixed-up components of an engine, but they mean very different things.

As their name suggests, one uses a rubber belt and another a metal chain to get the job done, and there are pros and cons to consider on either side of the argument.

Timing chains used to be the norm for cars but over the past 20 or 30 years, the timing belt has replaced it, especially when it comes to vehicles with overhead cam engines.

This is because they don’t need lubrication and run a lot more smoothly and quietly than the belt.

However, due to ongoing issues with timing belts and their lack of longevity compared to the chain, some suggest the chain may be making a comeback.

There may be some extra work to do with lubrication and their costs are higher, but the chance of failure and durability that timing chains make them a favourite among some car enthusiasts.

4 Signs of a Failing Timing Belt 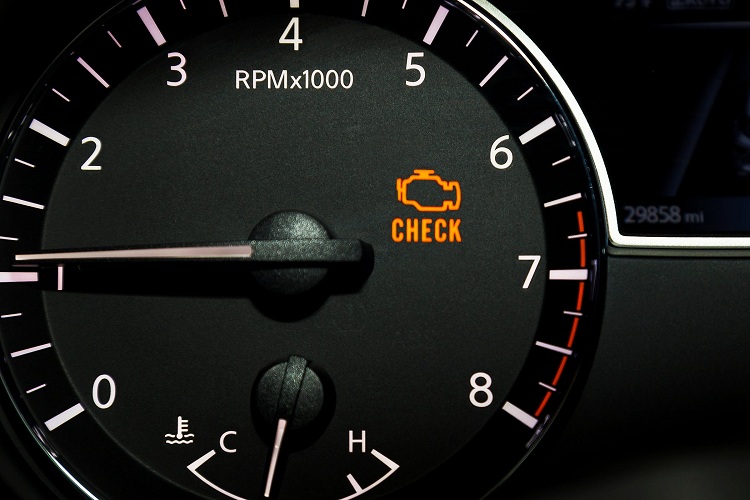 A responsible car owner knows their automobile inside and out and can spot trouble ahead before it becomes too large of an issue.

Being aware of the car’s important parts and knowing what to look for when it starts to go bad can save you a lot of money from massive repairs. These are some signs that can indicate an issue with the timing belt:

The biggest giveaway that something is wrong is when your engine light starts to flash. This could indicate any sort of problem within but it’s wise to get the timing belt checked out to make sure it’s not the issue.

#2 Ticking noise from the engine

Any strange noises coming from the engine need to be inspected but the timing belt usually sounds like a ticking. If you hear this while you’re driving or suspect that you do, and you have any of the other symptoms, the belt is probably due for a replacement.

The construction of a timing belt means the teeth grip the gears as they rotate, and if one or more of these teeth fall off or become faulty, they’re no longer able to grip. What this means for you is that you’ll feel a lot of odd idling, rough idling, and jumpy running conditions,

When the timing belt wears down or breaks, it’s more likely to slip off altogether. If this happens, the timing of the engine’s cylinders will open and close when they’re not meant to, which will be felt by you as a misfiring engine.

How Often Do You Need to Replace It 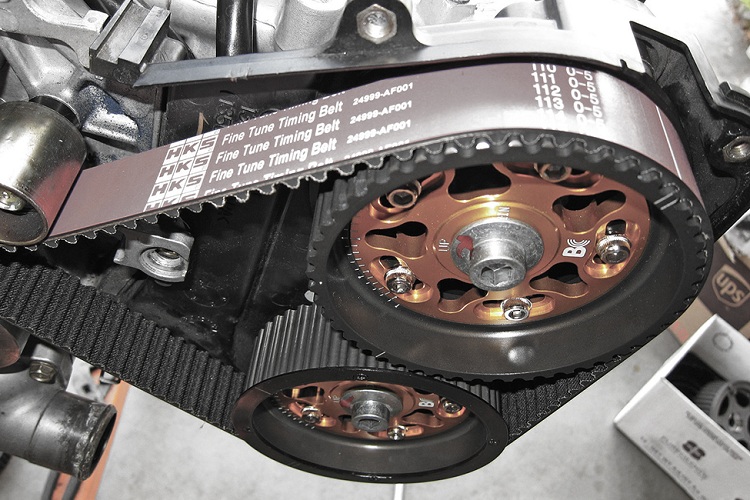 The modern cars of today have been built with tougher and longer-lasting timing belts, so you can average around seven years before it has to be replaced.

With older cars, it’s slightly less, but the timing can also vary depending on how often you use your car and a range of other factors.

The best way to tell when yours should be replaced is by referring to the car’s manual.

Most car manufacturers will have recommendations for replacing the timing belt and it could be listed as either a date interval, like every five years, or based on how many kilometres the car has driven.

Otherwise, listen to your car and if you notice any of the signs mentioned earlier, take it into the shop for a look.

Although there might be signs that indicate the timing belt has worn or is faulty, it can sometimes fail without warning.

For this reason, you should always have it inspected during a scheduled service or take a look at it yourself as part of your DIY maintenance, and get any issues rectified immediately.

Tips for Prolonging the Life of the Belt 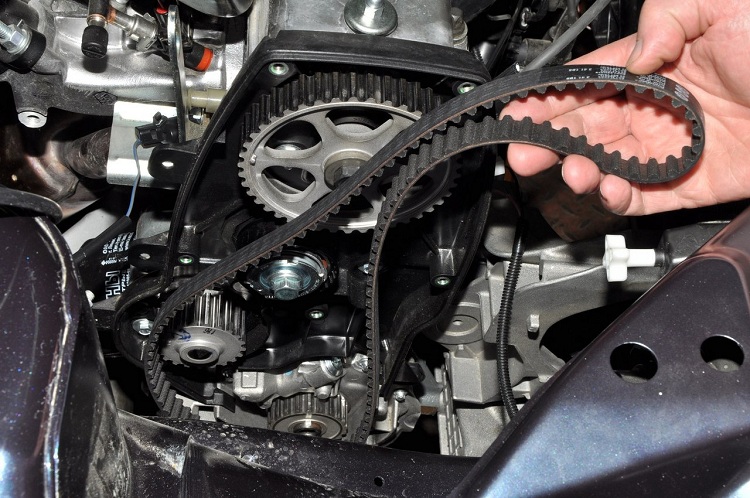 Replacing a timing belt isn’t one of the more expensive repairs you’ll have done in your car’s lifetime, but it can still set you back a few hundred pounds.

With that in mind, you want to do whatever you can to make sure it runs as long as possible, so check out these tips that can help.

Although it’s hard to avoid the climate we live in, excess heat and cold might be a determining factor in how long your timing belt lasts.

When it’s warm, the rubber of the belt will stretch out and then snap back into place when it cools again, which leads to cracks.

Likewise, too cold temperatures will cause the rubber to harden and crack as well. Keep your car parked undercover and out of extreme weather conditions as much as possible to lengthen the life of your timing belt.

Both oil and water leaks in the car can impact the timing belt, so you want to get them rectified whenever they pop up. When these liquids are leaking, they can easily make their way into the belt and cause the teeth to become slippery.

This means there’s more chance they’ll jump or slip out, which will not only damage the belt but cause engine problems as well.

If your car is running with an old timing belt, there’s a good chance it’s not as good quality and won’t last as long as newer ones.

Older cars used to feature timing belts with angular teeth that are more abrasive and wear down the rubber more quickly. Think about having it replaced to the new type with curved teeth and give your car a new lease on life.

Usually, driving a car too often is the usual cause of parts being worn down faster but in the case of the timing belt, the opposite is true.

If you don’t use your car much, the rubber belt might start to dry out and turn brittle which makes it susceptible to cracking and breaking. It’s common for cars with lower mileage to need their belts replaced sooner than those with a higher count. 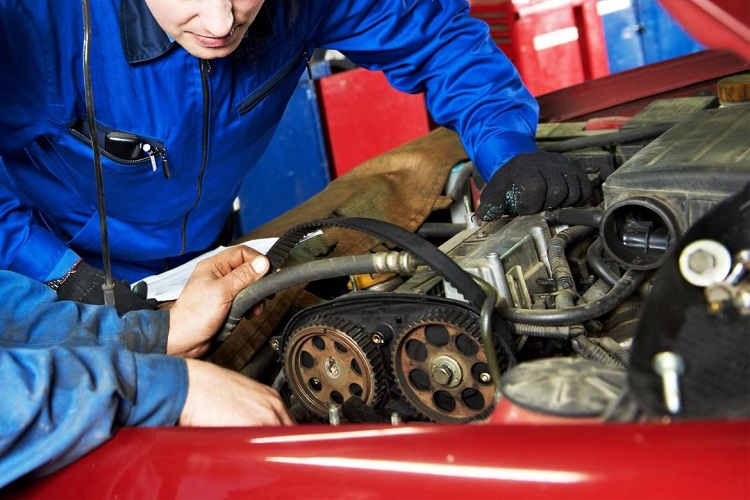 Although there are some car repairs you can do yourself, replacing the timing belt isn’t one of them. Unless you know what you’re doing under the hood and have a lot of skills in auto repairs, this is one job to leave to the professionals.

When it’s time to replace a belt or if you’ve noticed some of the signs, take your car into the shop and they’ll take a look. First, the mechanic will need to locate the timing belt which is done by removing a lot of other components safely and accurately.

Once the cover of the timing belt comes off, they can get a better look at the parts inside and see what needs replacing or if it still looks to be in good shape.

After an assessment, the replacements will take place, and this might include the water pump, tensioners, and pulleys, as well as the belt itself.

The mechanic puts the cover back over the timing belt and gives the engine a test run to make sure everything is working as it should be.

The cost for replacing a timing belt depends on the mechanic and vehicle, but in the UK, you can expect to pay between £210 to £620 for the job.

This usually also includes a replacement of the water pump that is factored into the cost as well.

Without a timing belt, the rest of your car’s engine would fail to run smoothly, as it’s this integral part that keeps everything in sync.

Although they’re built tough and should last for many years without a fuss, being aware of the warning signs and knowing when it’s time for a replacement is all you need to do as a responsible car owner.

Some many parts and components work together to make your car run, and the timing belt ensures that they go when they’re supposed to.

If you have more questions about car maintenance and want to learn about the inner workings of your vehicle, read on to see some FAQs and our expert answers.

What is the Most Expensive Part of a Car to Replace? 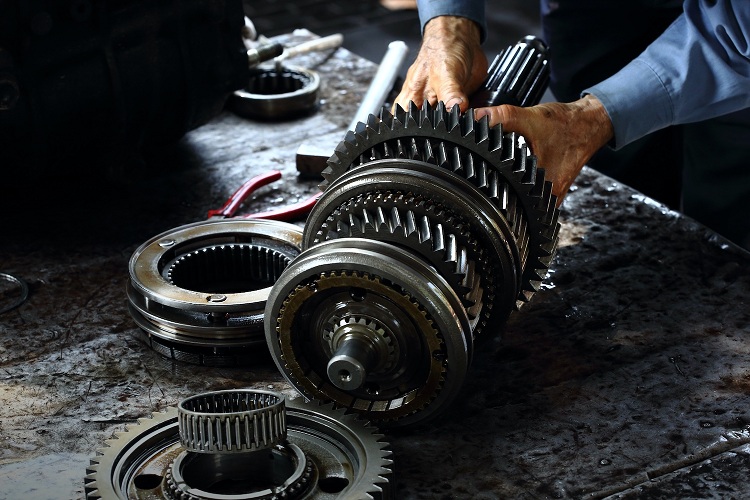 The most expensive replacement parts of a car differ between each vehicle, but usually, anything to do with the transmission will be costly.

You can expect to pay a few thousand pounds to replace a car’s transmission or to rebuild it, so it’s an important part of car maintenance to keep up with.

What Maintenance Is Required For a Car?

There is lots of ongoing maintenance a car needs to prevent issues in the future but the most important regular tasks are replacing consumables as required.

This includes brake fluid, brake pads, wiper blades, radiator coolant, and motor oil, or anything that can run out or wear down eventually, with the maintenance generally being easy to keep up with yourself.

Do I Need A Car Service Every Year?

As a general rule, a car should receive a professional service at least once every 12 months or roughly 19,000kms travelled.

The age, condition, and type of vehicle you drive will need to be considered to determine the best intervals for a service, and your mechanic can help you come up with a schedule that suits you.