What Is Traction Control?

When you watch car chases in Hollywood films, tyres are spinning and there’s smoke everywhere. It’s exciting to watch, but you wouldn’t want that to happen to you on a slippery road in the dark. So how does your car stop from spinning off the road? Traction control.

What Is Traction Control?

Traction control is just one part of your vehicle’s safety systems, but it performs a vital role. One of the most dangerous ways to lose control when you’re driving is when your tyres lose their grip on the road surface.

When you don’t have traction control and one of your wheels meets a slippery surface, it receives most of your engine power and spins because it can’t grip. Tyre slip when accelerating or when driving on unstable surfaces has been the cause of countless accidents in the past, but computer technology is working to eliminate the problem.

Traction control is a system that limits power to your driving wheels and forms part of your car’s vehicle safety features in conjunction with the anti-lock braking system. It monitors all four wheels and your engine to keep them from losing grip on the road surface. 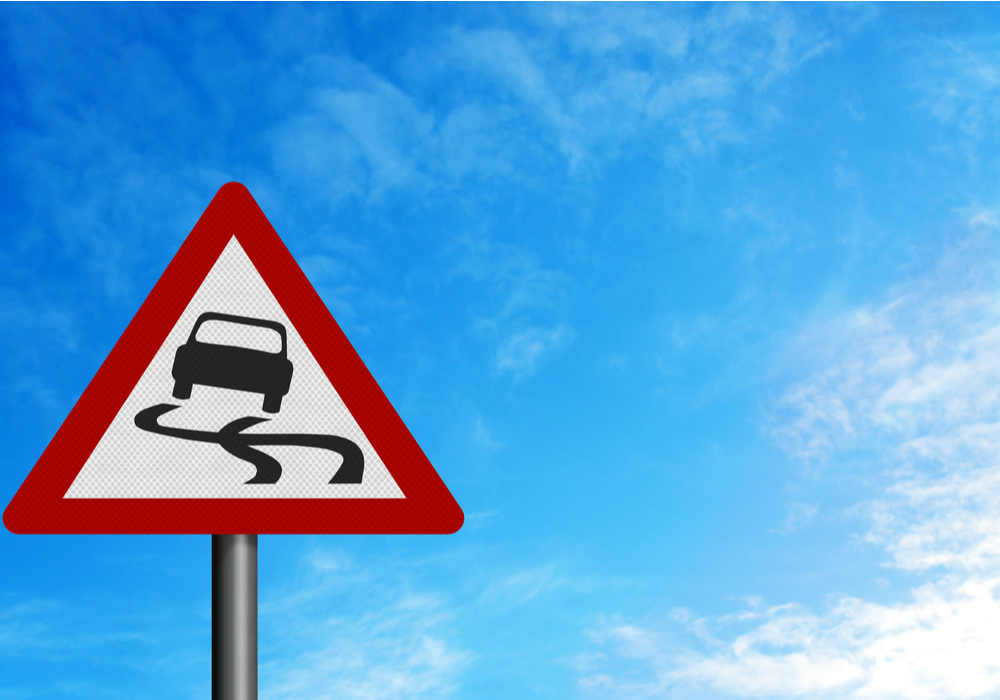 When and Why was it Introduced?

Ever since cars have been increasing in power, the need to limit slipping tyres has become more important. An early form of traction control was developed in the 1960s, called a limited slip differential. Otherwise known as “Limited Slip Diff”, it was a complex mechanical method of balancing power between the wheels using multiple clutch plates. They worked well but were a nightmare if they went wrong.

As the computers in cars became more powerful, it was possible to develop sensors that constantly monitored wheel revolutions, angle, engine torque and other systems that could detect a loss of control even before the driver noticed it. Known as Electronic Stability Control (ESC), it was initially only available in luxury cars, but soon became standard safety equipment in most new cars from the Early 1990’s onwards.

What are the Benefits?

The benefits of ESC systems and traction control are that cars have become smart. They’re not just lumps of steel that power wheels forward any more but thinking vehicles that are built specifically with your safety in mind.

In the bad old days, drivers needed to have a lot more skill behind the wheel, especially in difficult conditions. Most drivers nowadays don’t need to know anything about feathering the accelerator pedal to avoid wheelspin or pumping the brakes if they lose traction, because the computer does it for them. It’s like having an electronic co-pilot along for the ride, who never minds what music you want to listen to.

When you blend traction control and anti-lock braking systems (ABS) together, you are in control of a vehicle that can limit the power going to the drive wheels and apply brakes in the case of an emergency. It gives drivers peace of mind in challenging conditions and when the unexpected occurs.

How does Traction Control Work?

Clever sensors in your wheels record how fast each one is spinning and continuously sends the data to your car’s computer.

The computer compares the data from your wheels with how fast your car is travelling and decides if it needs to reduce power or apply the brakes to one or more wheels to stop them from spinning or skidding. Limiting the power to one, two or even four of your car’s wheels will help you pull away safely and retain control of your car, even on the most unreliable of road surfaces.

The sensors also pay attention to the angle of your wheels and if they think they’re skidding, can apply the brakes in a fast pumping action that reduces oversteer and spinning out. 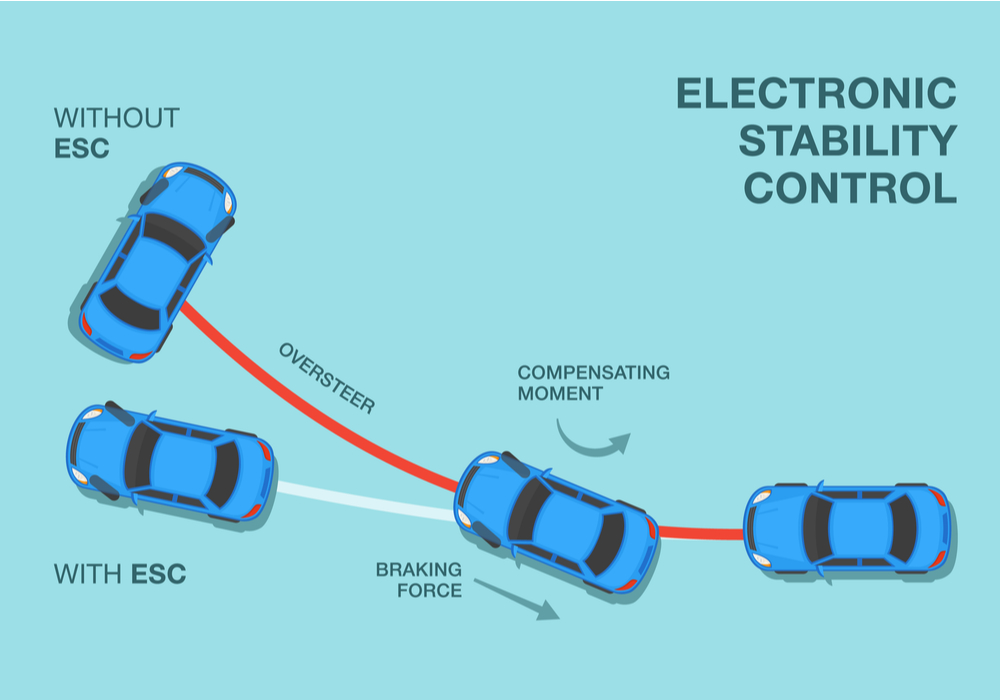 How Do You Know It’s Working?

The easiest way to tell that your traction control system is at fault is by keeping an eye on your warning lights. Some cars differ, but usually the symbol is an image of a car with two wavy lines underneath.

When your car detects wheel slip, the light will come on in your dashboard, and stay there for as long as the car’s computer is controlling the level of braking or power being sent to your wheels. It should turn off once no further slippage is detected.

If you want to test out your traction control, you could try accelerating on a loose road surface such as on gravel or grass. If your wheels spin and slip before your car can get a grip, chances are you don’t have traction control, or you do and it’s not working correctly.

It’s possible to turn off traction control in most cars and doing so should light another light on the dashboard. Look for any warning lights containing a car symbol with wavy lines underneath, as this may indicate the system has been turned off.

How to Use Traction Control When Driving

Luckily for drivers, ESC systems including traction control is an automatic and background function, unless it has been purposefully switched off. In some cases, such as being stuck in sand or snow, traction control becomes less of a help when you need instant power to rock your car backwards and forwards out of a rut.

In order to get the most out of your traction control system, you still need functioning brakes and good tyres. Even if your car’s computer is constantly monitoring the road and your car’s data, it can’t do the job on its own.

Keeping your car regularly serviced with fresh brake pads and the correct tyres for the road conditions will work with your vehicle safety systems to ensure you have the best chance of avoiding accidents and collisions.

If, for some reason you want to turn it off, you should be able to press and hold the traction control button on the dashboard. Or find it in your car’s electronic menu and turn it off that way. 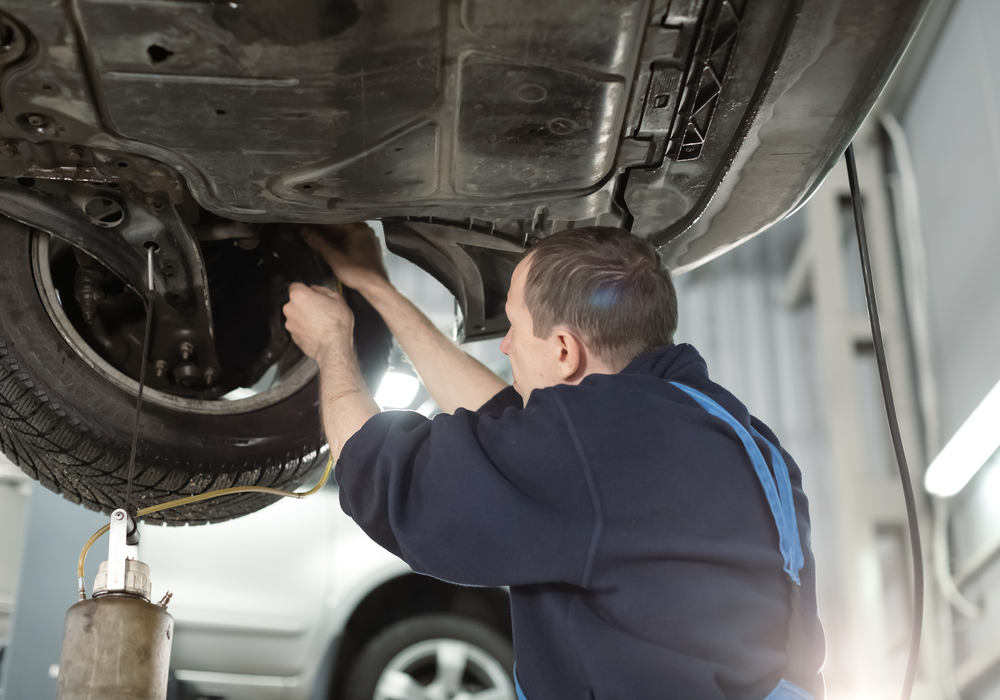